Five minutes with our Founder

Bridget Nicholls, founder and CEO of Pestival, is the leading authority on cultural entomology.

Since conceiving Pestival in 2004, Nicholls has been tirelessly working on a plethora of eco-entertainment projects. In 2010 she formulated ‘Who’s the Pest?’, a month-long event series in collaboration with the Wellcome Collection and NOMA’s research lab before going on to conceive, direct and produce the Axolotl Odyssey musical at the Natural History Museum for the Cultural Olympiad, 2012.

In 2010 she was awarded the first International Zoo Art Fellowship of the Zoological Society of London, a role created for her. Nicholls also created the blueprint for Selfridges Projects Oceans Festival, showing how entertainment and luxury goods can be used for conservation education. More recently, Nicholls won a £1, 800 000 Capital Awards Grant from the Wellcome Trust to fund her ongoing work with the Pestival mission. 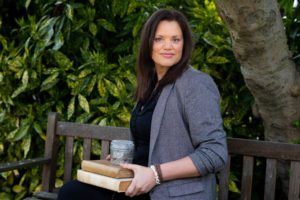 Not just an ento-preneur, Nicholls is also an established MC; voted Woman to Watch – Cultural Leadership Programme 2010, spoken at TED Salon London and named CRZ Cultural Engineer by Honda for her outstanding sustainable and ecological entrepreneurship. She has worked for BBC2, The Discovery Channel, The Ecologist and BBC World Service, appearing regularly on BBC Radio live debates with the likes of David Attenborough.

A lengthy list of top comedians have lined up to work with Nicholls including Sally Phillips, Russell Brand, Stewart Lee and Simon Munnery (with whom she was nominated for a Golden Rose and Perrier award). Alongside Rankin and Will Smith, she recently wrote for the Hedonists Guide to Art.

According to old friend and comedian Stewart Lee, she is ‘the eco-activist with Pirate blood’, hinting at her lineage to the notorious 17th century pirate, Captain Kidd.

Nicholls’ current marauding mission for 2020 is to Make More Insects, in a rallying cry to help combat their rapid decline. Watch Pestival’s interview with our founder and find out more about her passion for insects.

"the eco-activist with Pirate blood"

Five minutes with our Founder

We caught up with Pestival founder, Bridget Nicholls to find out why insects are so important to her. And us

Do It For Yourself

If not for the insects

Reverse insect decline .. by being lazy? Calling all slacktivists!

This website uses cookies to improve your experience while you navigate through the website. Out of these, the cookies that are categorized as necessary are stored on your browser as they are essential for the working of basic functionalities of the website. We also use third-party cookies that help us analyze and understand how you use this website. These cookies will be stored in your browser only with your consent. You also have the option to opt-out of these cookies. But opting out of some of these cookies may affect your browsing experience.
Necessary Always Enabled

Any cookies that may not be particularly necessary for the website to function and is used specifically to collect user personal data via analytics, ads, other embedded contents are termed as non-necessary cookies. It is mandatory to procure user consent prior to running these cookies on your website.